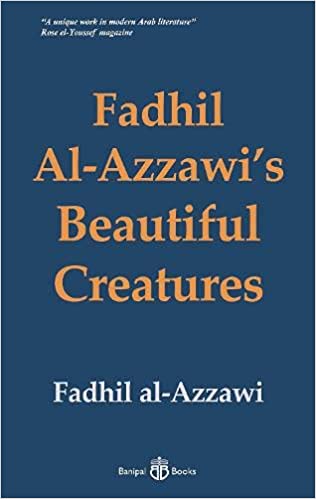 This open work was written in defiance of the “sanctity of genre” and to raise the question of freedom of expression in writing. First published in Arabic in 1969 to great acclaim, it has been variously called a novel or a prose poem, while the author calls it an epic in prose, divided as it is into cantos. In mid-1960s Iraq such an open-ended form, in which different genres could come together and blend into each other, was difficult to even imagine.
For Iraqi writer Fadhil al-Azzawi it was the core of a new vision of life after the country’s tough political experiences, especially the bloody coup of February 1963, and then abysmal defeat in the June 1967 Six-Day War. The 78 cantos, narrated by a lonesome traveller with down-to-earth pitch-black humour that is simultaneously surreal, are preceded by an equally surreal and tragi-comic story of how the original book managed to wind its way through the Iraqi censors.
Iraqi art critic and writer Farouk Yousif introduces Beautiful Creatures with an overview of Fadhil al-Azzawi's contribution to Iraqi and Arab modern literature. He explains how al-Azzawi sees poetry as “his special instrument for changing the world”, and that when Beautiful Creatures was first published in 1969 in Baghdad, because it “evinced a radical individualism in conflict with the rest of the world the novel understandably generated a good deal of mistrust.” It is hard to believe that back then Al-Azzawi's cultural style and aesthetic ideals had been seen as “shocking to his contemporaries.”

From the same author